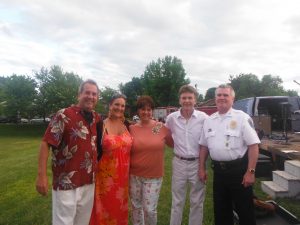 Please join me in congratulating Chief Steve Kruse on his 10th Anniversary of successful service to the Maplewood Police Department and community!

I first met Chief Kruse at Ryan Hummert Park for the May Summer Concert Series in 2009. Having just begun in my position the previous December, it was my first experience coordinating a concert in the park. That night would go on to become just one of many lessons I’d learn the hard way that first year! All week, the forecast had called for storms beginning that night around 6:00 p.m., coinciding with the beginning of the concert. Even as the winds were picking up and skies were turning a weird grayish green, I was holding out for a miracle at 5:30 p.m. and was encouraged by the many people still entering the park and setting up their chairs (and equally in denial, I suppose), whom I didn’t want to disappoint. Enter Chief Kruse. He came up, introduced himself and with an amused smile said, “Ya know, I think there’s a storm coming.” I explained to him that I thought it was going to blow over. He didn’t argue and headed to talk to the band (who were visibly annoyed with me, as they were halfway set-up on an uncovered stage). He came back and, again with a smile, calmly said, “The band also thinks the storm is coming.” By this point, lawn chairs were beginning to blow away and lightning and thunder were in the distance. He finally said, calmly but firmly, “I think we need to get everyone out of the park as soon as possible. Do you want me to make the announcement that the event is cancelled?” I agreed and the announcement was made. Wouldn’t you know it, less than 10 minutes later a violent storm passed through Maplewood. After 10 years, I know that the cool, calm, kind and respectful man, with a good sense of humor, who greeted me in the park that day, is exactly the person Chief Steve Kruse is.

That was not the last concert that Chief Kruse attended. Rather, he has become a fixture at nearly every concert in the park. You’ll find him in full uniform (even in 95 degree heat) enjoying (or not enjoying) the music, talking with residents, sharing his great love of the Bob Kuban Band and recalling his record-holding soccer days at Webster Groves High School, for which he was recently inducted into their Hall of Fame. His band critiques, recommendations and musical knowledge have earned him an honorary seat on our band selection committee. Of course, it’s not just the Summer Concert Series where he makes his appearances. Whether he is on or off duty, Chief Kruse attends all of the community events – Taste of Maplewood, the Christmas Tree Walk, Let Them Eat Art, etc. 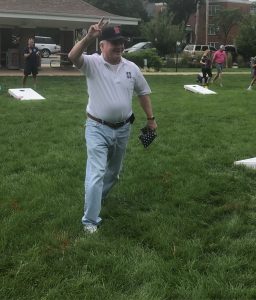 One of my favorite memories of Chief Kruse was seeing him relish in his success at the 2018 Chamber Cornhole Tournament. In 2017, the Chamber held its first such event and to create a buzz, we asked the Maplewood and Richmond Heights Police and Fire departments to participate in a Guns vs. Hoses exhibition game, with the Police Chiefs pitted against the Fire Chiefs. It was a close game, but ultimately the firefighters took first place. Over the next year, Chief Kruse and I talked about his loss at the game several times and I sensed that a rematch was in order. In 2018, both entities returned for another match but it was the Police Chiefs who came out on top this time. Immediately following the winning game, Chief Kruse gave the most priceless victory salute – even the firefighters had to applaud!

Above and well beyond concerts and cornhole tournaments, Chief Kruse’s performance as a Police Chief speaks for itself. Under his leadership, the Maplewood Police Department became CALEA certified, which is considered to be the gold standard of law enforcement and is only earned/maintained by departments who operate at the highest level. He was also instrumental in getting cameras installed at various sites around the City. And, perhaps most importantly, he has offered his ear and attention anytime that I’ve brought a concern to him from the business community.

On behalf of the Mid County Chamber of Commerce, we congratulate and thank Chief Kruse on 10 years of dedicated service to the City of Maplewood! 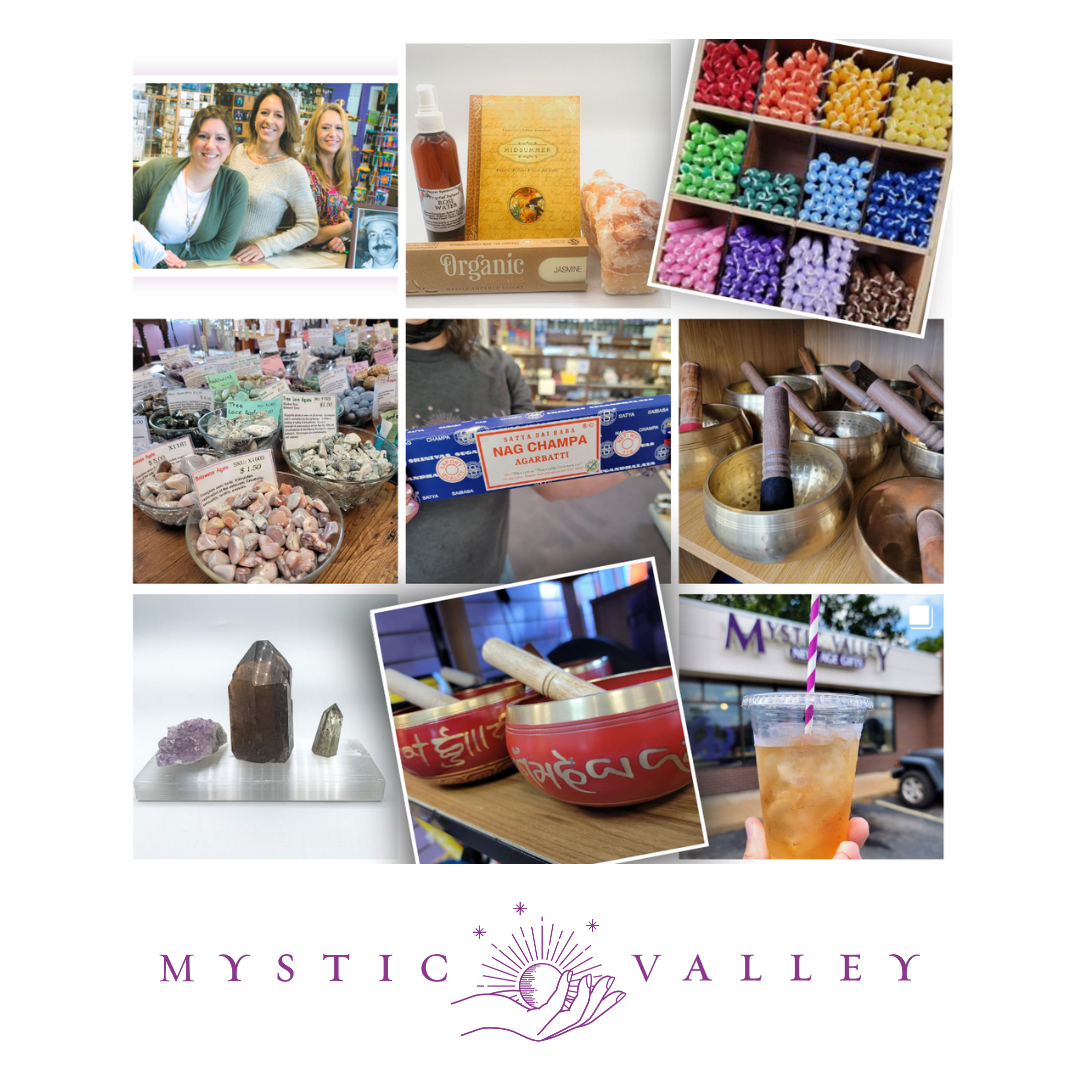